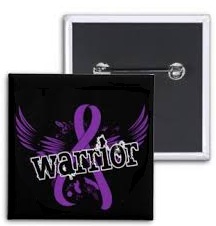 Red button with a bit of rust on the edge. I wonder what button maker was used to make this gasmask button…

I think this could be classified as a steampunk button. All that steam, and being so high in an airship, I believe one would need a gasmask. The oldness of the button just adds to the appearance. What do you think?