If “all systems are inherently corrupt” like this anti capitalism button purports, what is the ideal society? Is there a solution beyond capitalism and communism, or other systems like a monarchy or theocracy? 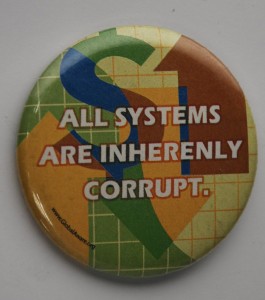 June 21st is the first day of summer, or the Solstice – but did you know it is also Aboriginal Day? 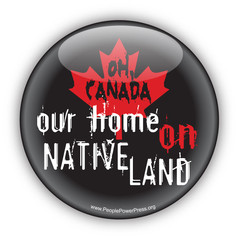 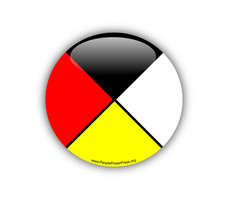 A Native button of the Medicine Wheel.

Learn more about the Medicine Wheel and find out more by checking out celebrations in your community.

This poverty buttons may be older, but the message is unfortunately still valid today. 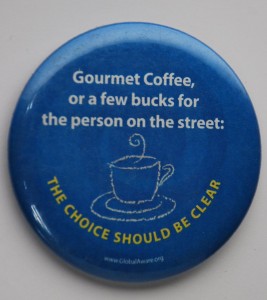 I would love to have an office job, if only to wear this on my suit vest! 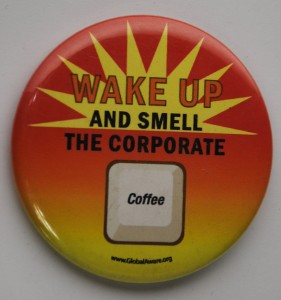 This button could be interpreted in multiple ways – as a protest to Intelligent Design being taught in science classrooms, or to support Pro-Choice and abortion rights. 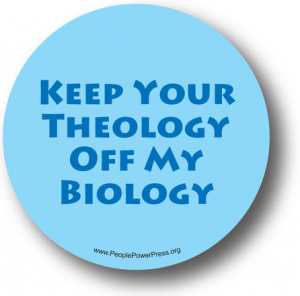 This religion button reads “Keep your theology off my biology”

I like buttons that can have different meanings, and that can create different discussions. Have you ever been able to start a conversation after someone read your button? Buttons are also a good way to let people know your views when you aren’t able to speak with them.

Get a button maker to get started on making buttons for your event or organization!

Religion being taught in school is a debate everywhere:

A Rob Ford button for his fans… or at least, those who love to hate him!

This Rob Ford pin-back button says “Get out!” Here’s hoping he gets socked from office sooner than later! Tell him you want him gone with this Rob Ford button.

Make your own Rob Ford button with a button maker.

May 1st is known as May Day or International Workers Day. It’s similar to Labour Day – many countries don’t observe the September holiday, so Canadians get two days to celebrate the achievements of the workers movement and fight for our rights in the future! 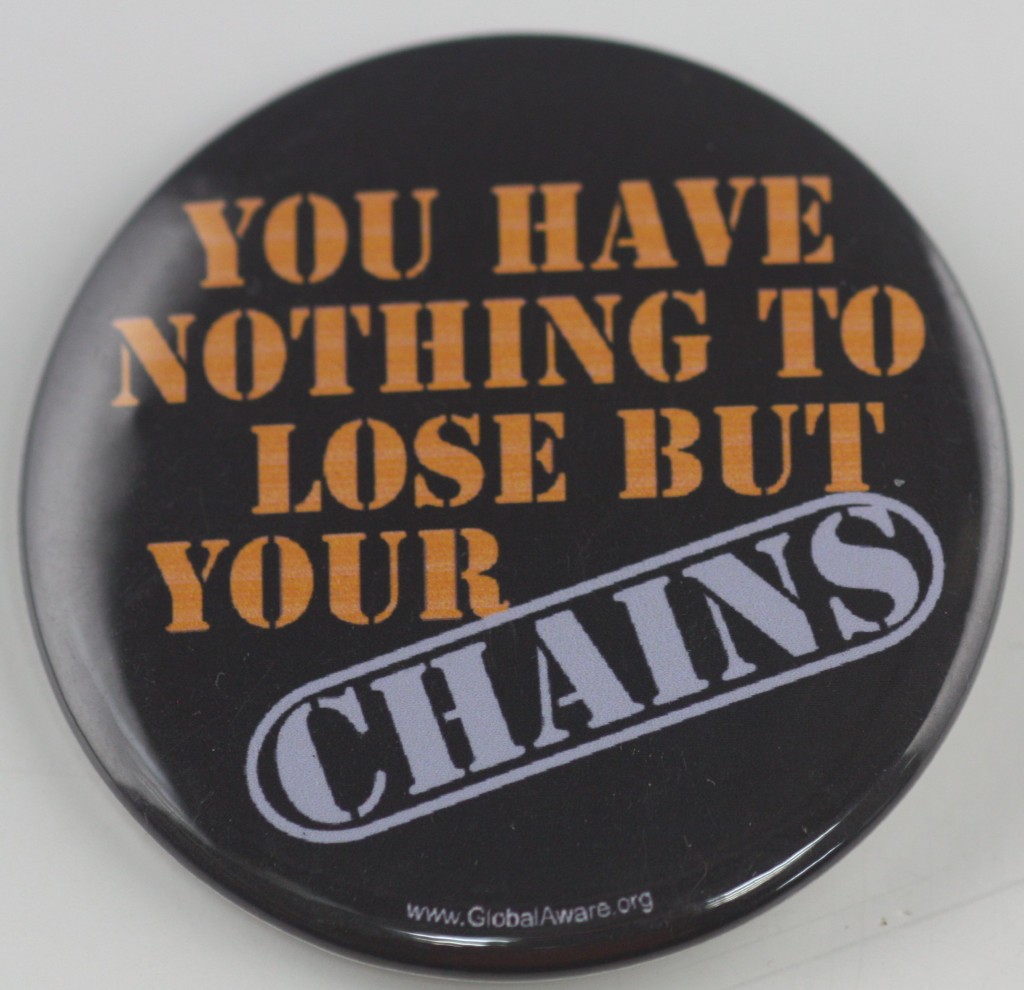 This May Day pin-back button reads “You have nothing to loose but your chains”. Marches are a good place to see lots of May Day buttons and other political buttons.

Are you doing anything for May Day?

LGBT military personnel are unfortunately often discriminated against. Fight against oppression faced by people who want to protect the country with a button showing your solidarity with them. 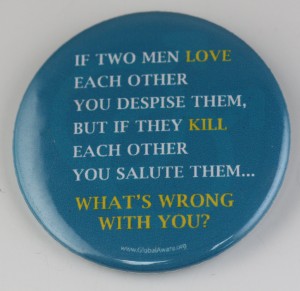 Gay military men are attacked for who they love. Show that you don’t stand for this hate with a pin-back button supporting LGBT military members.

Emma Goldman was an amazing woman, who fought for equality and freedom despite being deported from the United States. She ended up living in Canada until the end of her life. 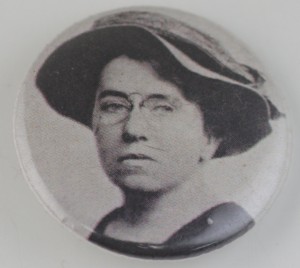 A pin-back button of Emma Goldman, who was a pioneering feminist and anarchist. 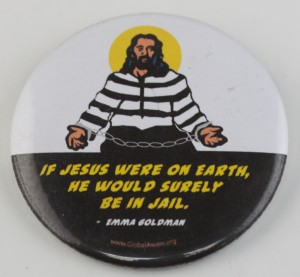 Pin-back button showing a quote by Emma Goldman – “If Jesus were on Earth, he would surely be in jail”

Do you have a quote from a person you admire which you want to see in button form? Making quotes buttons are easy with your Tecre button maker. As shown by the quality of the pin-back buttons above, they last a long time.

Buttons are great for non-traditional forms of advertising, and it’s more accessible than putting an advertisement in a magazine. You can get buttons in the hands of everyone at your school or in your community!

We have these Jack Layton pin-back buttons hanging up at the shop, and wanted to show them with others. 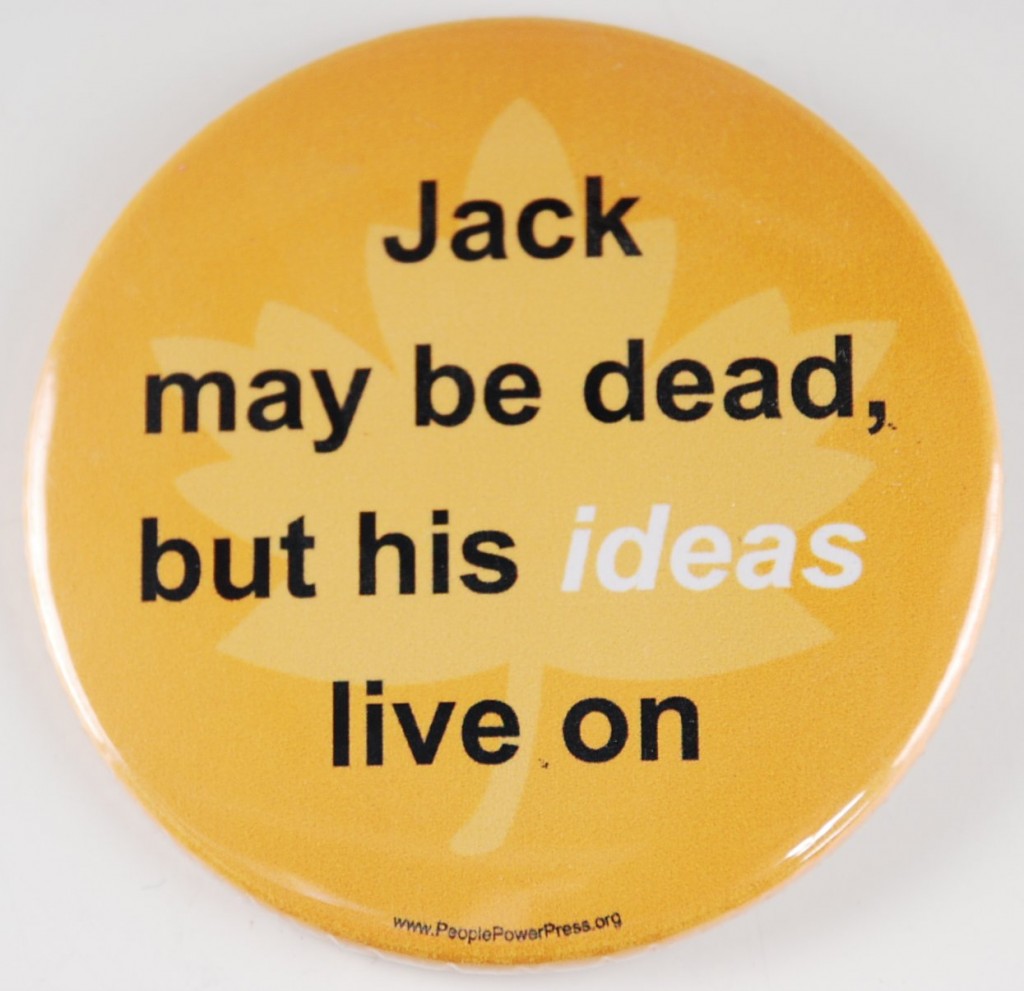 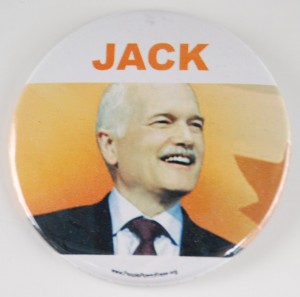 This photo button is of Jack, the former leader of the NDP party.

Do you collect political buttons? If you have any election buttons you made using your Tecre button maker, send us a photo!

These pinback buttons were made with the Tecre button maker for the election. 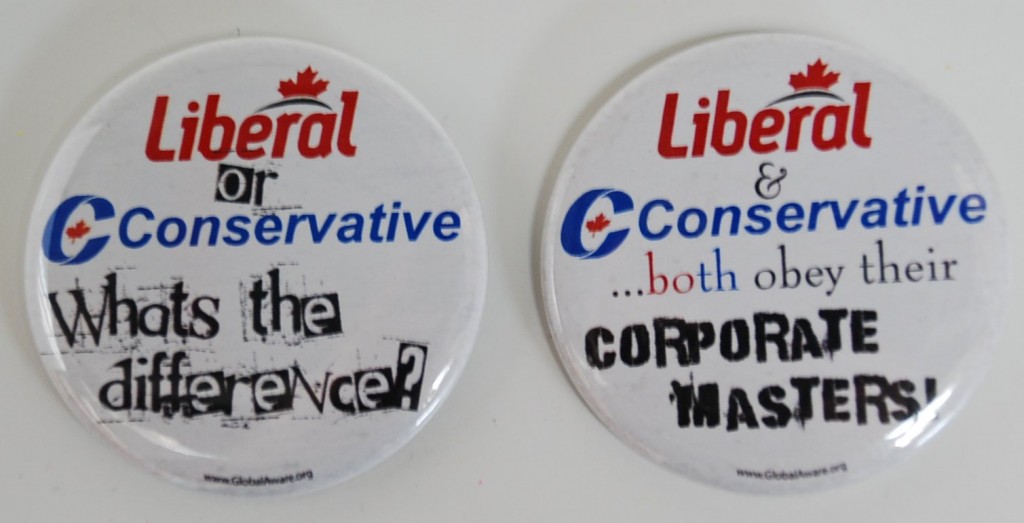 These pin-back buttons have a very bold message!

Very bold message! Political buttons are a popular way of letting your opinions be heard, and easier than carrying a sign everywhere you go.